Seville “Las Setas “(Mushrooms) are one of the main attractions of the city. It is one of the most visited monuments, and according to a recent survey conducted by the Tourist Board, this space is arousing more interest than the Cathedral among tourists. As an architectural refurbishment, innovation and technological symbol, “Las Setas” are the world´s largest wooden made structure and they are located on the northern area of the old city, previously known as Encarnacion Square. Let´s find out a little more about this charming building.

Seville “ Las Setas” were originally referred to as Metropol Parasol Space and they were designed in order to renew Encarnacion Square. It aimed to link two independent areas located either side of the road, where cars usually drive, and to shade a leisure and entertainment area rich in history in our city.
Initially, it was not welcomed between neighbours due to an inadequate design completely opposed to the classicism of historical monuments, but it is being slowly accepted as a first move towards modernization of the Andalusian capital.
The structure was inaugurated in 2011 and due to a series of problems in its completion, the price increased from its initial budget to 86 million euros. 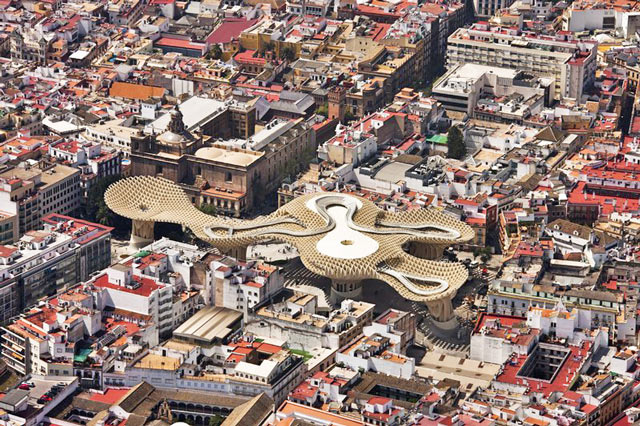 The project was assigned to Jürgen Mayer-Hermann, as a winner in the International Contest of Ideas Encarnacion de Sevilla in 2004.
Jürgen is a german architect and artist, he was born in 1965 in Stutgartt. Some of his works were presented at the MOMA in New York and he was awarded for several of his works, as Mensa Moltke, University of Karlsruhe, before the building of “ Las Setas”.

Having a size of 150  long, 70 wide and 26 metres high ,  Seville “Las Setas “ stand as one of the great monuments in the historical centre. As previously mentioned, it was basically built from wood, it took more than 7.500 wooden elements linked together with steel structures.

“Las Setas” construction were intended to provide a cultural area in the city centre . Its main square was designed for major events and the cellar holds royal ruins belonging to the Roman period, it is called Antiquarium . Encarnacion´s market is placed inside, where you could enjoy our local cuisine. 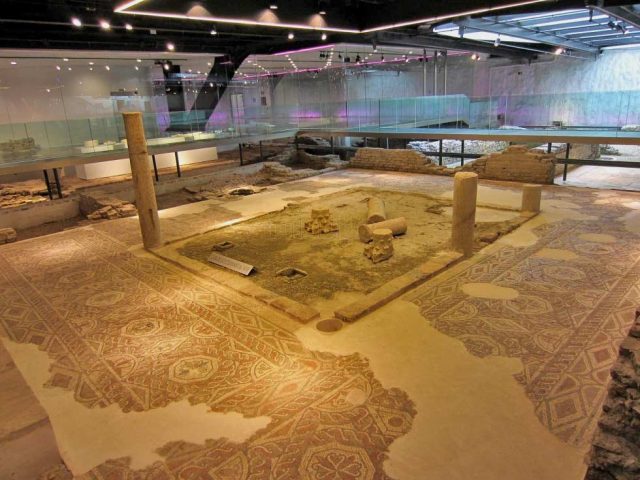 This area is plenty of terraces, restaurants, cafeterias and bars to enjoy Seville evening and night.

On the top of the building, there is a viewpoint, which is a lovely walk through Seville sky. A tour through the top of Metropol Parasol that overlooks 360º views of the city, perfect to get a more accurate picture of its size and morphology.

There are free visits to this space excluding the Museum and the Viewpoint, they offer a unique entertainment city experience at a small fee.

In order to improve the visit, there is a Tourist Information Point, as well as a “Past View “service providing a Virtual tour that turns this setting to a medieval city.

Casa Del Poeta would like to recommend you a visit to this charming venue and our front desk staff will assist you if you should require any further information.