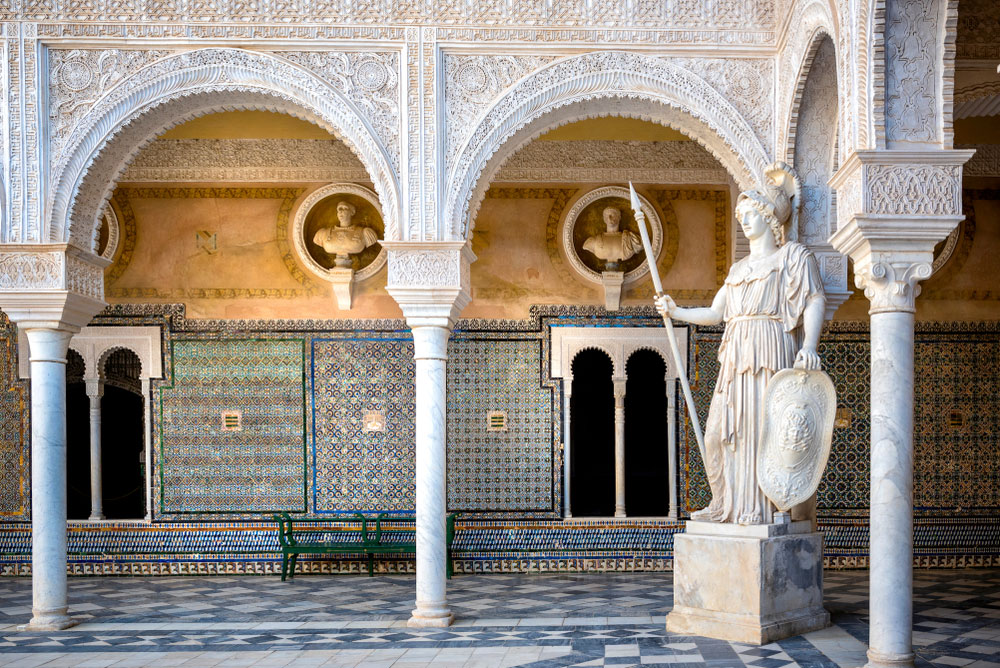 The palace houses and the hidden treasures of Seville

The palace houses of Seville represent a great opportunity to discover the unknown part of the city, but no less beautiful. These buildings full of art and surprises are testimony to a time when Seville was a great center of attraction for the most outstanding artists.
Even the City Council, in one of its latest initiatives, has decided to further value these spectacular palace houses. In order to do so, it has created a route that includes some of the most famous ones in which you can find splendid gardens, formidable halls, archaeological remains and more than 2,000 works of art among which are several paintings of painters as prominent as Murillo, Ribera, Zurbarán, Valdés Leal or even Goya.
Some of these builduings have had different uses later. Among them are lounges, museums, or some other hotel, as is the case of the Boutique Hotel Casa del Poeta, Sevillian manor house dating from the seventeenth century. 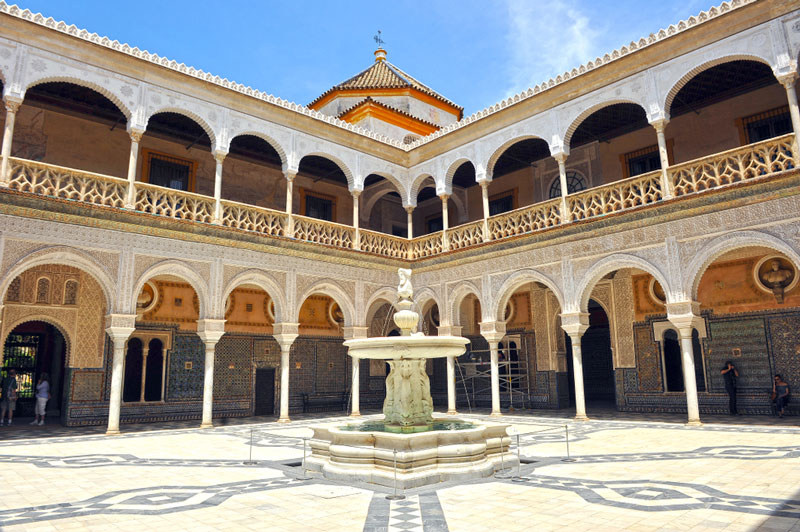 Located in the famous Puerta de Jerez, the construction of this palace house dates back to the nineteenth century, in the heyday of Sevillian romanticism. It was ordered to built this palace by Andrés Parladé and Sánchez de Quirós, then Conde de Aguiar.
This building is a great representative of the regionalist style, it went ahead to approximately 20 years. It has all the details of the stately homes of the time, patio stop, on the one side a horse yard on the other, in which we can find the main patio, the garden and the halls.
Currently it is dedicated to the celebration of events of considerable importance. 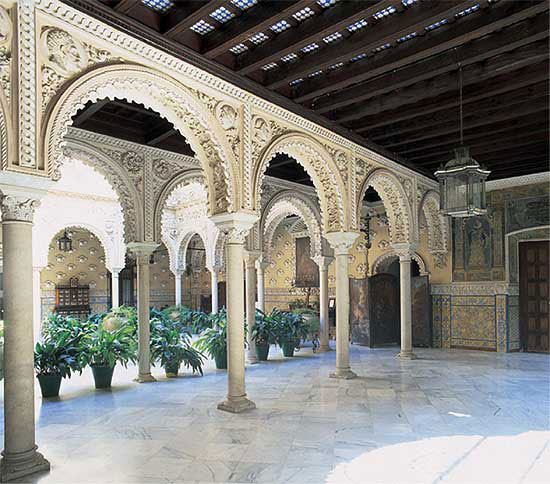 This magnificent house is located in the historic center of Seville, in the neighborhood of Santa Cruz. just a few steps from the Boutique Hotel Casa del Poeta. Despite belonging to the sixteenth century, this palace house had to be deeply restored at the beginning of the 20th century by the Salinas family, which restored its original appearance.
It combines Renaissance style with Gothic and Mudejar, which makes it a real pleasure for the senses. Now it also houses celebrations that do not go unnoticed. 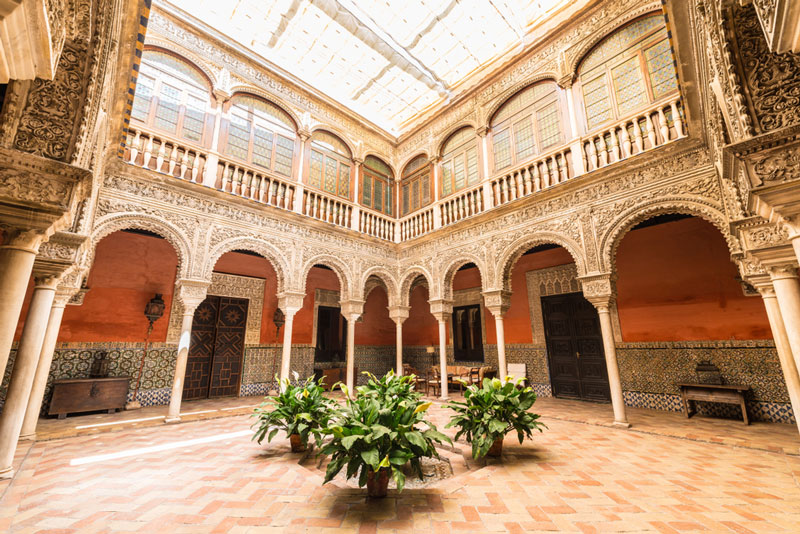 Built between the 15th and 16th centuries, Las Dueñas was named after the currently dissapeared monastery of Santa María de las Dueñas, placed in the adjoining plot and demolished in 1868. Its Origin was the Place-house of the Pineda, lords of Casa Bermeja, one of the most important families of Seville of those times.
In the XIX Century, Dueñas became a guesthouse, dividing its rooms and halls with walls and covering the coffered ceiling. One of the guest, and property administrator of Las Dueñas, was Antonio Machado Álvarez father of the famous poet Antonio Machado, who was born in Las Dueñas in 1875.
In the 20th Century Las Dueñas has been meeting point for members of the European royal families and international personalities of the culture, politics and art. Distinguished people such as the Empress Eugenia de Montijo, Lord Holland, Eduardo VIII and his bother Jorge VI, Alfonso XIII, Jacqueline Kennedy, Wallis Simpson, Grace Kelly and her husband Rainiero de Mónaco, among others.

It was built in the sixteenth century by the Pinelo family, Genoese navigators who were living in Seville and came to occupy almost a block between the Segovia and Abades street. This palace house is one of the standards of Renaissance Seville and is still the seat of the Royal Academy of Fine Arts of Saint Elizabeth of Hungary. Specifically, it is integrated into the set of entities that are associated with the Institute of Spain and whose objective is the promotion and dissemination of Fine Arts through various activities.
Its origins take place in the Academy of Painting constituted by Bartolomé Esteban Murillo, Francisco de Herrera el Mozo, Juan de Valdés Leal and other artists of the time to promote the teaching of fine arts.

This palace has an area of about 2000 square meters and dates back to the 16th century, when it was built as a Sevillian manor house. In it you can not only contemplate its beautiful mosaics, but also its rooms full of archaeological remains of incalculable value such as vases, amphoras, columns, vessels and sculptures. Other attractions are its walls, adorned with decorative elements of Arabic trace, its plateresque ornaments or its Andalusian façade and floor.
At present, the Lebrija Palace has its doors open to the public in guided visits in which you can admire a fabulous collection of Roman and Greek remains and unique pieces such as, a Van Dick, a painting of the School of Murillo and a Sorolla or its beautiful library which contains more than 4000 volumes.

Among these typical Sevillian manor houses is the Hotel Boutique Casa del Poeta that has the traditional architecture of this city, with a central courtyard and a fountain as main protagonists, surrounded by different rooms.
In addition, its central location in Seville makes it ideal to make the route of the palace houses or to enjoy the Sevillian Holy Week.
Don´t hesitate and visit us. You’ll be welcomed with open arms.