10 Top Places to Visit in Seville

Seville is a city that “envelops and captivates its visitor with a mixture of beauty and feeling. Its monuments, for example, the imposing Gothic cathedral, epicenter of one of the most extensive old quarters in Europe, is the perfect setting for a city that enjoys the street like no other”. Says Lonely Planet, the prestigious travel guide publisher that has Seville as one of the best destinations in the world.

Its artistic wealth, its modernization, its gastronomy, its climate and sustainable transportation options, such as its bike lane network, are just some of the excuses to visit the city and experience it intensely through a tour of the 10 essential places to visit in Seville.

You don´t need a lot of time to walk through the most famous and beloved gardens of the city, which were donated to the Sevillians by María Luisa Fernanda de Borbón in 1914. A detour from its central avenue leads us to the statue of Bécquer. The best thing to do, before entering the nearby Plaza de España, is to get lost in its labyrinthine paths, ponds, fountains and abundant vegetation. The Plaza de España was designed for the Ibero-American Exposition of 1929 by the architect Aníbal González, and maintains all the gallantry and romantic halo that have made it an absolutely unique space. Boat rides and waffle stands are ideal for a sunny day during fall.

The largest Gothic temple in the world stands in the heart of the historic center with its impressive facade, imposing porticoes and a breathtaking interior, where the main altar, the scene of the dance of the sixes, is a few meters from the tomb of Christopher Columbus. Guided tours are organized every day, except for some holidays. This tour takes you to the Gothic Cathedral, the sacristies and the Renaissance chapter house, the treasury, the Giralda, the orange tree courtyard and the Church of El Salvador, located in the Plaza del Salvador, another of the city’s essential stops. One can also visit its roofs.

The majestic Almohad tower that crowns the Cathedral concentrates 800 years of our history. For many years it dominated the city’s skyline, with its 101 meters, a record snatched by the Seville Tower. The Giraldillo is its proud weather vane, whose replica can be admired at the Puerta del Principe.

The most important museum in Seville is also the second largest art gallery in Spain, with a valuable collection of paintings from the Baroque school (Zurbarán, Murillo and Valdés Leal), and major guest exhibitions. Admission is free for EU residents,  It is open on Sundays, so it is a good day to visit the art market in the Museum Square.

The 13th century defensive tower is the tireless watchtower of the Guadalquivir and the pretty girl of Seville. A common picture that tourists take is from the nearby San Telmo Bridge to capture the image of the Torre del Oro in the foreground, the Giralda on the right and the Torre Sevilla on the left. Inside it contains the Maritime Museum of Seville, which can be visited for free on Mondays. 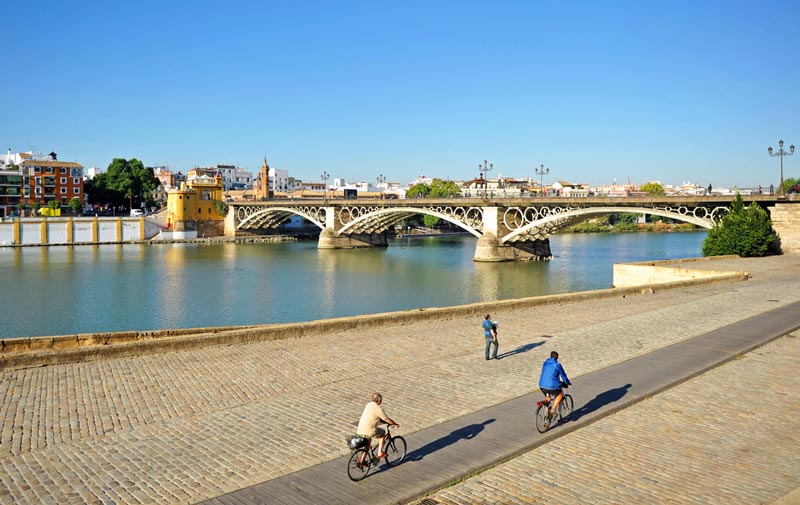 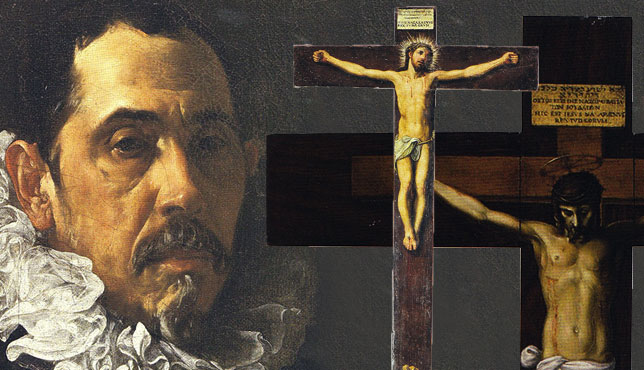 6.- The Royal Alcazar of Seville

One of the oldest palaces in use in the world, it is the most emblematic Arab monument of the city, with an interior decorated with royal gardens that have been the scene of numerous filming, such as the Game of Throne series. In addition from its Islamic tinsel and the baroque imprint left by the various reforms, it is a space of cultural activity of the first order that in summer lives one of its moments of greatest splendor with its traditional cycle of concerts under the stars.

7.- Legends and labyrinths of Santa Cruz

A labyrinth of narrow streets in the old Jewish quarter, which lead us to stately homes, typical courtyards, zaguanes, and squares, such as Santa Cruz, where a plaque reminds us that the remains of the famous painter Bartolomé Esteban Murillo are located there. In the “Barrio de Santa Cruz” there are other very popular and beautiful corners, such as the Plazuela de Santa Marta, the Patio de Banderas or the Callejón del Agua.

8.- The Casa Consistorial of Seville

In the 15th century, with the discovery of America and the importance and wealth the city was acquiring, it was decided to create a new headquarter for the city hall, larger and of better quality. It was decided to place the Seville City Hall in the Plaza de San Francisco, which was a commercial area. High-end stores in the Plaza Nueva, where the Plateresque Town Hall is located, are the prelude to the commercial display of Tetuán and Sierpes streets. Although franchises are taking over these roads, there are still traditional stores capable of making us live a beautiful return to the past.

Metropol Parasol is a wooden structure located at “La Encarnación”. Designed by Jürgen Mayer, is a mega-gastrobar and subway museum, Antiquarium, all in one under six impressive umbrellas (parasols) that resemble a giant sea sponge. It is an important meeting point (day and night) of the city.

Triana is the best known quarter of the city, following the historical centre, for its closeness to it and for being situated on the other side of
the Guadalquivir river. Our river divides the city into two river banks and ​Triana has the best views of the old town for its priviledge location.

When you are back from the old town to the Triana neighborhood,  admire the river from the Isabel II Bridge (from the Eiffel school), or its bridge from the river, or from Betis street is a “must”. Also, to have tapas in any of the old or new bars in the surroundings: Las Golondrinas, La Azotea, La cazuela de Manuela or Victoria 8.

Note that to enter Triana is to do so in Castile Street, at one end is the Basilica Minor of one of the Most Devoted Christs of Seville Holy Week: the Cachorro, the summit work of baroque imagery. Very close to the church, the bar ‘Sol y sombra’ feeds its fame with its home cooking, its fish and seafood and its exquisite pork from the Sierra de Huelva.

At Betis Street,  the most emblematic street of the quarter, we have Casa de Triana, our Suites and Luxury Apartments located at a historic house from the XIX century, 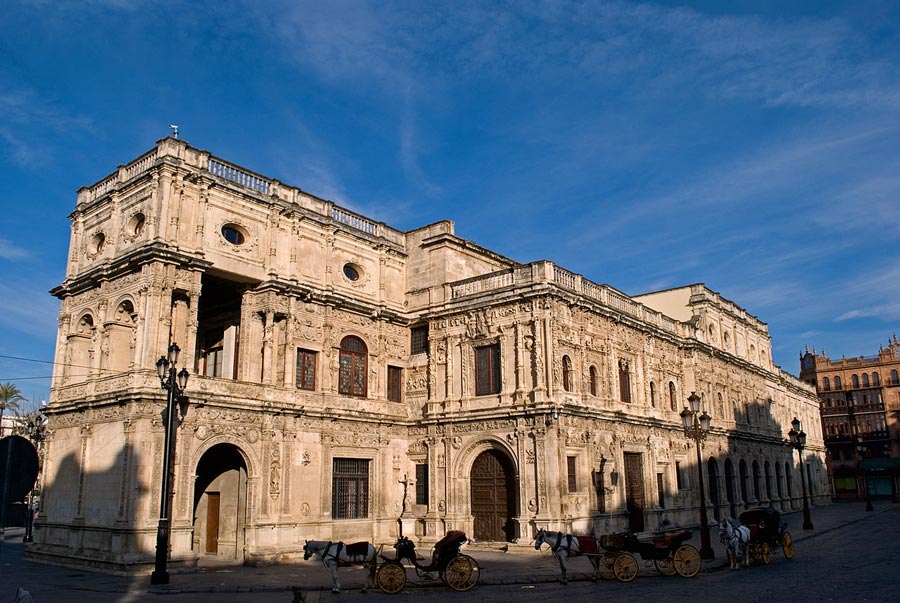 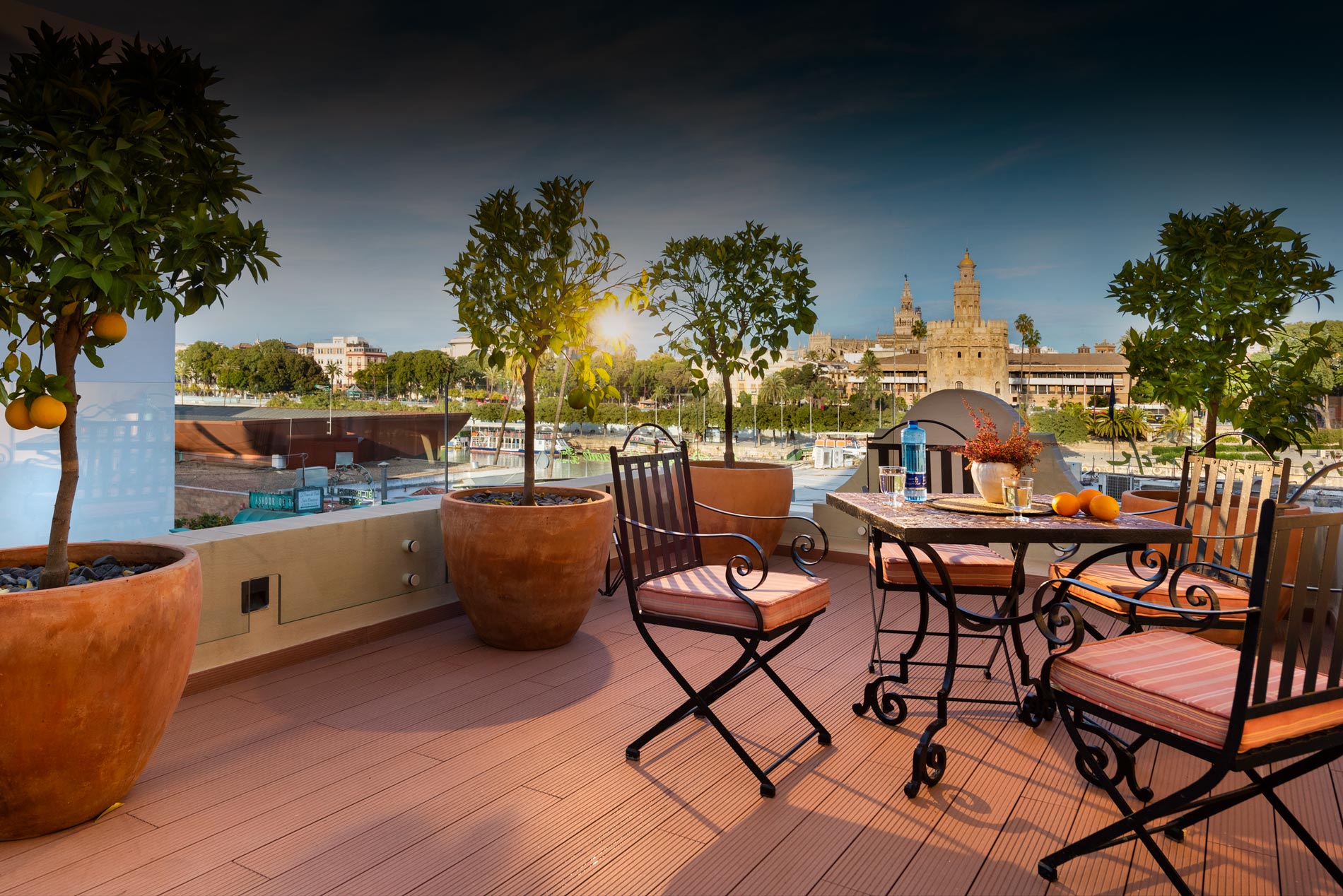 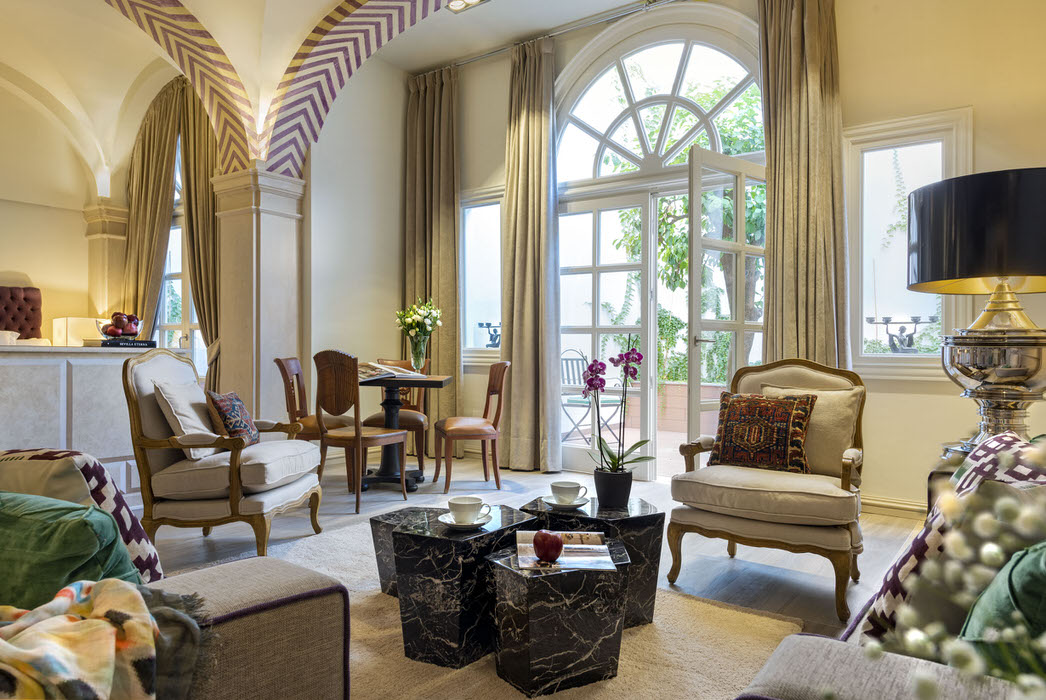